Our focus is to develop accurate methods of diagnosis and advance understanding of how genetic mutations cause neurological disease. Ultimately, we aim to translate the results of our research into improved clinical care for our patients with neurological disorders. Starry galaxy: The image shows olfactory neural stem cells derived from a patient with a neurodegenerative disease. Cells have an active transport system working continuously to transport cargo to different parts of the cells. The "red dots" (cellular organelles) are transported along the green "railway tracks" (actin cytoskeleton). The nucleus shown in blue is the centre of the cell. The patient cell transport system is disrupted as a consequence of the disease gene mutation. Image credit: Dr Gautam Wali

Defining an individual’s disease-causing mutations provides clinicians and patients with information for appropriate treatment and genetic counselling. We use next-generation sequencing methods to discover and identify new gene mutations in individuals who may have unusual disease symptoms.

Our specific goal is to identify key molecular pathways involved in the development of neurological diseases, with a particular focus on mitochondrial function. To understand an individual’s genetic mutation, we use various methods including molecular biological techniques, mitochondrial function assays, biomarker measurement and patient derived stem cells to create in vitro models of neurological disease. Under her leadership, research in the Department of Neurogenetics focuses on bridging the gap between clinical and molecular science. Professor Sue has a major interest in understanding the disease processes involved in neurological disorders, with an emphasis on developing new treatment options for patients.

In 2019, Professor Sue was awarded the Order of Australia for significant services to medicine. 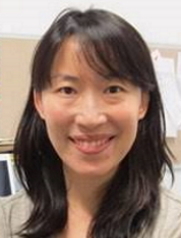 Mitochondrial disease describes a wide range of progressive multi-system disorders caused by any one of over 300 different genetic mutations. Symptoms may appear at birth or later in life and the severity of disease is highly unpredictable. Mitochondrial diseases are extremely difficult to diagnose as symptoms overlap with many other common disorders.

Although there is no cure, it is important to identify which type of mitochondrial disease is present and understand the genetics of the disease. This will help ensure optimal clinical care and predict the risk of recurrence for the next generation. Using various techniques, including Nuclear Magnetic Resonance spectroscopy, we are working to define reliable biomarkers and establish a definitive metabolic diagnostic test for mitochondrial diseases.

A treatment capable of slowing or preventing neuro-degeneration has the potential to substantially improve the lives of those suffering from Parkinson’s disease. Quality control of mitochondria (mitophagy) is essential for the survival and function of neurons. Genetic studies have shown that mitophagy is under the control of two genes called PINK1 and Parkin and that mutations in these genes can cause Parkinson’s disease. We are investigating whether a healthy population of mitochondria can be maintained in neurons affected by genetic forms of Parkinson’s disease, by activating mitophagy through an alternative route – the Nix pathway. Hereditary spastic paraplegia results in significant disability with no curative or disease-modifying treatment. The lack of standardised biomarkers of disease severity has limited the evaluation of potential therapeutic agents. Our aim is to identify a biomarker for the disease by evaluating differential protein expression between hereditary spastic paraplegia patients and healthy controls. For this we use easily accessible patient samples including blood, urine and skin cells.

Clinicians, researchers and patients have welcomed a landmark law which will pave the way for remark..... Read more